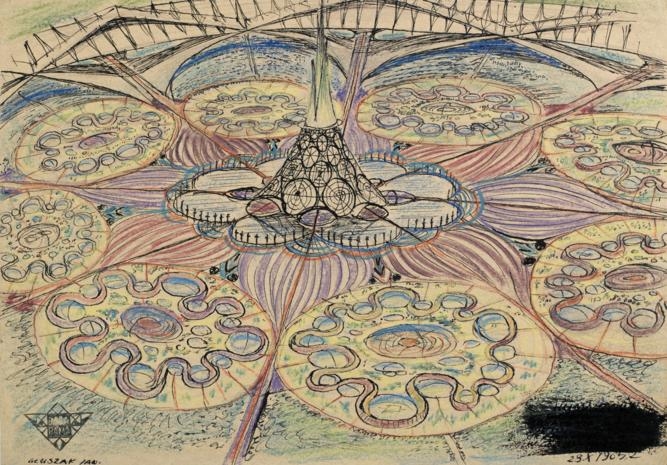 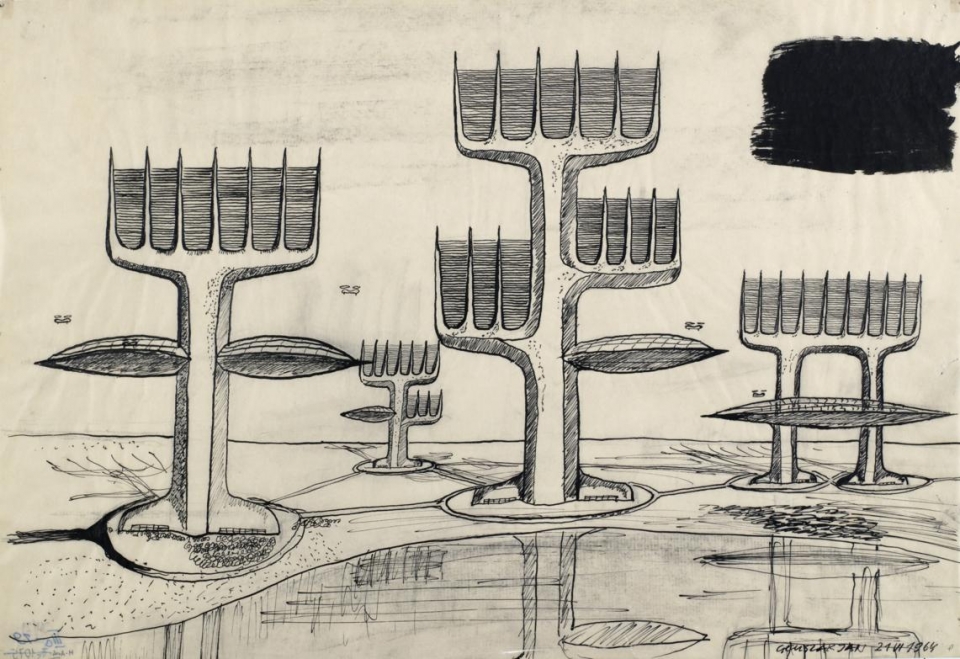 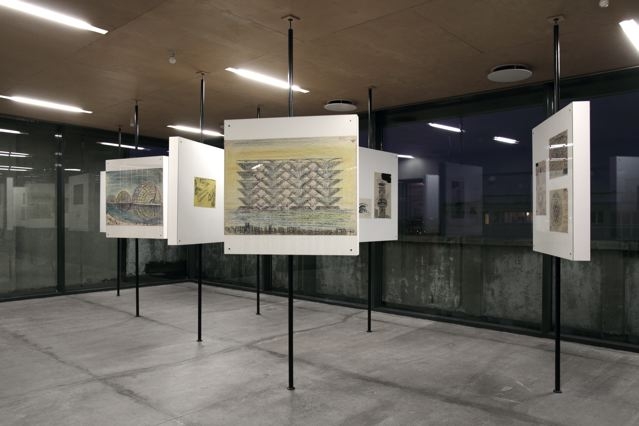 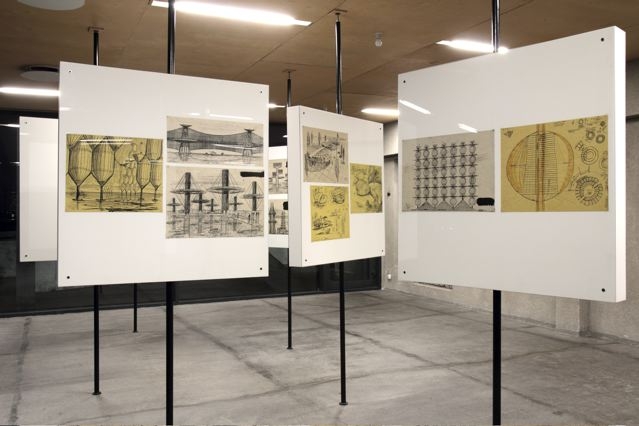 Jan ‘Dagarama’ Głuszak (1937–2000) was one of the leading representatives of Polish futurist architecture. From the early 1960s he created fantastic, architectural and urban visions: buildings that are several kilometers tall, floating cities or, in the later period, nomadic architecture. He dedicated these designs to the cities like New York, Moscow, Tokyo or Humanopolis — his own vision of the ideal city. Głuszak systematically developed his theory in an architectural-philosophical treatise De Labore Solis (From the Hardship of the Sun). He remained active for twenty years, due to a mental disease, which forced him to discontinue his architectural studies at Cracow University.

From the Hardship of the Sun is an epilogue of the almost two-year-long project Tarnów. 1000 Years of Modernity — 'A thousand-year-long narrative about Tarnów is coming to an end'. It comprises of several works from the Museum of Architecture in Wrocław, the District Museum in Tarnów and from private collections.

The exhibition is accompanied by the lecture
Flying, detached House by Emilia Kiecko