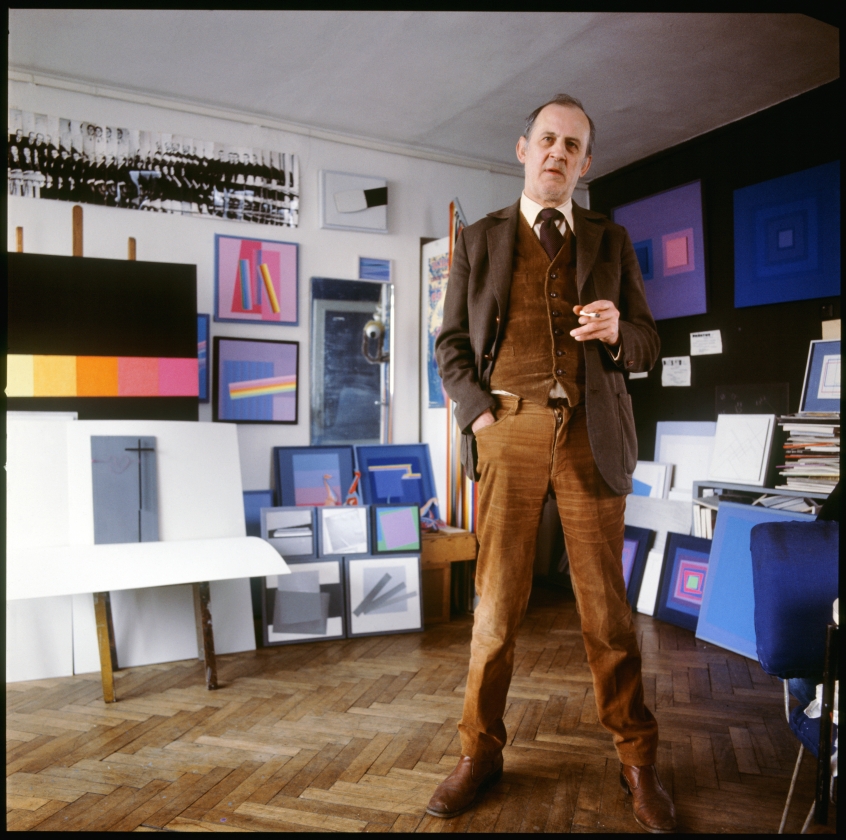 Studied at the Kunstgewerbeschule in Cracow during the war, then at the Cracow Academy of Fine Arts. In the 1950s, he moved to Warsaw. He debuted in the early 1960s with shows at Warsaw’s Crooked Circle Gallery and Cracow’s Krzysztofory Gallery, presenting his Objects in Space and sculptures that were minimalistic in their form. In 1966, with Anka Ptaszkowska, Wiesław Borowski, Mariusz Tchorek and Henryk Stażewski, he co-founded the Foksal Gallery.
From 1969, he started working with blue Scotch tape, which he used for the first time in the courtyard of the Musée d’Art Moderne de la Ville de Paris during the 3éme Salon International de Galeries Pilotes. His works were exhibited as part of the Guggenheim International Exhibition. Sculpture from Twenty Nations (1966) and the Tokyo Biennale: Between Man and Matter (1970) as well as in solo shows at the Kunsthalle Basel (1996), the Zachęta in Warsaw (1997) and the Generali Foundation in Vienna (2006). Lived 1925–2004.