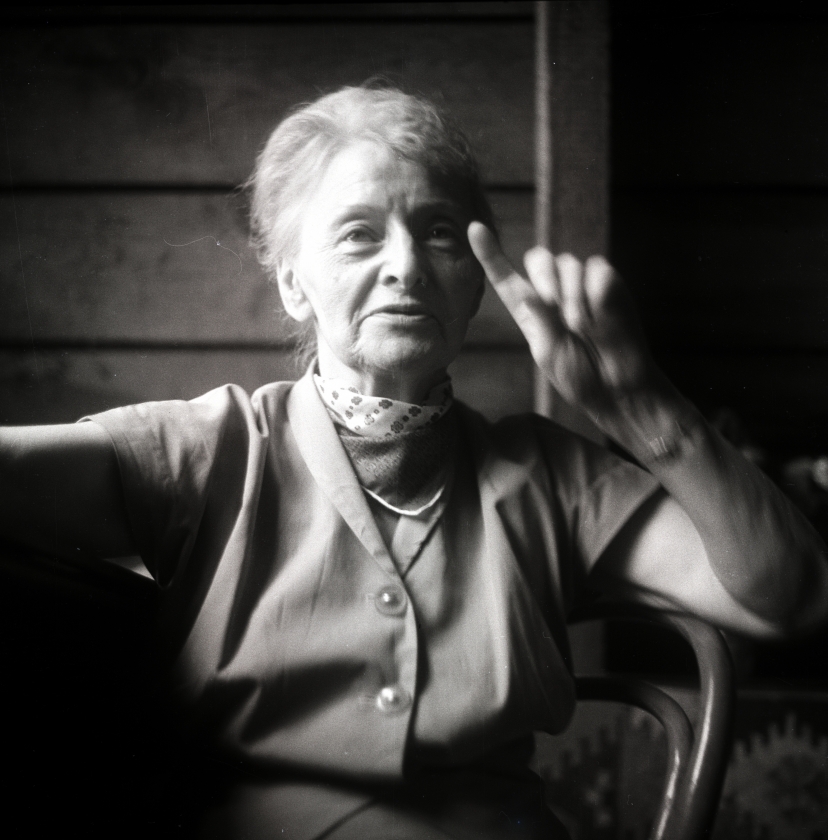 Maria Ewa Łunkiewicz-Rogoyska studied at the École Nationale des Arts Décoratifs in Paris. Upon returning to Warsaw she became associated with a number of prewar avant-garde collectives: Plastycy Nowocześni, Blok, Praesens. She kept in touch with members of the international groups Cercle et Carré and Abstraction-Création. She was Poland’s only representative of painting in the vein of Ozenfant’s and Jeanneret’s Purism. After 1945 she was a member of the Club of Young Artists and Scientists. For years Łunkiewicz-Rogoyska lived with her husband, Jan Rogoyski, and artist Henryk Stażewski first at Piękna Street, then in the studio at Świerczewskiego Street. Among the numerous guests and friends of her salon were members of the prewar elites, writers, as well as younger artists and critics associated with the Foksal Gallery. She lived in the years 1894–1967.